I use my Gmail inbox as a sort of memory album, guarding years-old messages as “history” and stubbornly refusing to delete anything. I’ve gotten to the point where I have almost 2,000 messages just sitting there in “e-mail purgatory”: opened and read, but neither filed anywhere in particular nor deleted. I’ve grown attached to the old concert ticket confirmation e-mail. It serves no functional purpose anymore, but I’ve told myself that it’s not really taking up space. 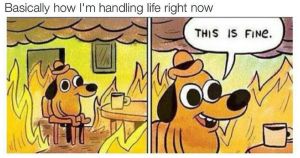 When Matt and I lived in St. Louis, we had a tiny little studio apartment (maybe 550sqft?) with hardly any furniture. I can count every piece of furniture in that charming little jail cell of an apartment on one hand: a bed (borrowed… ew, I know), a bookshelf, a dresser (borrowed), an IKEA char of questionable structural integrity, and a dining set (again, borrowed). We embraced being “minimalist”. We had no TV! It was a modest life, but actually pretty romantic.

You wouldn’t believe how much time you actually spend communicating with your partner when you’re living in a tiny space without a TV. We would wax ambitious about getting a couch, but ended up not doing it because we were poor and we knew we’d be moving eventually. When it came time to get the hell out of St. Louis, we were able to do it without hesitation and attachment. We didn’t waste time trying to pack a UHAUL or sell expensive furniture on craigslist. We just packed up our respective cars with all of our earthly possessions and drove westward. It was incredibly poetic and liberating (if you count a Courtyard Marriott in Albuquerque, NM as “poetic” and cruise control set to 75mph as “liberating”). But, I digress. We were free and it was awesome.

Flash forward a year. We’re renting a beautiful, gratuitously-large 2 bedroom apartment in downtown San Diego. Immediately, as if by instinct and reaction, we start buying things to fill it. We bought TWO beds! A coffee table! Festive indoor plants! We even bought a TV because there was a mount already installed over the fireplace- not because we made a conscious decision to buy one. Our neighbors congratulated us on the new TV (is that a thing? Should we have sent out a birth-announcement style card upon acquiring this TV?) as we hauled the flat-screened monstrosity down the hall, exchanging mortified glances with each other.

This accumulation of stuff happened as a series of reactions, not as the outcome of deliberate planning. All of the sudden, we have STUFF to worry about. We had to pay for an HD upgrade on our cable bill. Fancy life is expensive. We were recently considering downsizing to a one-bedroom apartment, but then we realized that we have two beds! What would we do with this additional bed? Could we stack the beds on top of each other and create a superbed? Could we prop it up against a wall and fling ourselves upon it for aerobic exercise?

Dealing with all of our newly acquired stuff started to stress us out. When you have a bunch of “stuff” and “things” that rule you, you begin to slowly lose control of your life. These things seem innocuous at first, but they are taking up space in your mind and making decisions for you. Getting your clutter under control is fast-tracking your path to peace and detachment. 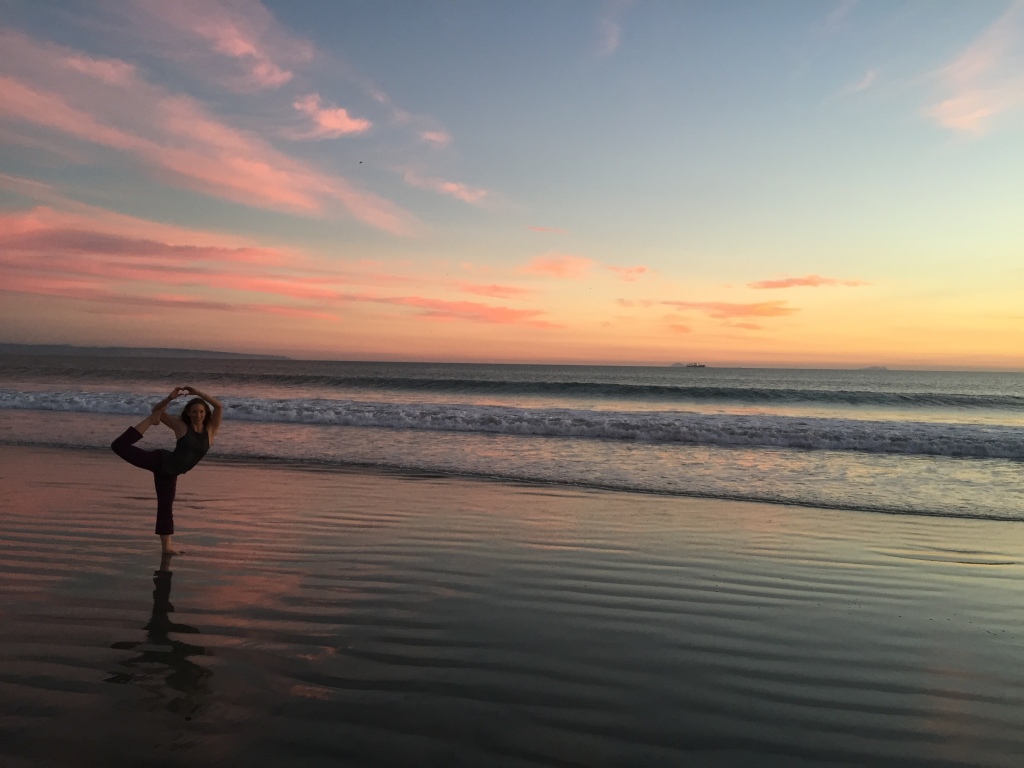 At the beginning of a yoga class, your teacher will often lead you through a sort of “integration” into the classroom space. You start to dial into your breath, calm your mind, and let go of whatever shit you’d been holding onto all day. Deep, full inhale… open-mouthed exhale, let it all out. Why is this important? Yoga was originally used as a pathway towards enlightenment (before it became the primary tool of white women to get “yoga abs” and gave us an excuse to wear fashionable mala beads). Whatever your reason for doing yoga, the fact remains that you simply cannot reach your best, most enlightened/happy/peaceful state if you’re fixated on the dent in your car, planning how to respond to an e-mail, or sweating about your cable bill. Every little complexity of our existence takes us further and further away from total happiness and peace. Although, I would argue, having a Netflix subscription is quite possibly requisite for reaching any heightened level of happiness as far as I’m concerned. I jest. Maybe.

Getting to the point where you can truly be in the present is so liberating. You can give yourself this gift by practicing the art of letting go in whatever way is accessible to you. I like writing because I get to deliberately unpack my mind. Things that I’d been carrying around get to surface and be useful. It’s cathartic and gratifying and as soon as the words hit paper (or the screen, in these modern, crazy times we live in) I can let go of the thoughts accumulating in my brain and taking up space. I think the equivalent process for relinquishing physical possessions would be a yard sale (or, less economically but way more dramatically, burning everything in a fiery pile of defiance.

Practicing non-attachment is probably one of the most challenging, um, challenges that I’m currently working through. My e-mail inbox (and my closet) are testaments to this struggle. So, how are we supposed to be happy if we need a ton of things to lead a reasonable existence in western society but yet we’re supposed to let it all go? It’s easy enough to say “I don’t need that to be happy”, but how often do we reframe it as “this shit isn’t making me happy”?

I’m gonna start with my inbox. I know it seems like a drop in bucket, but I feel like if I can start there, then I can move on to bigger and more significant tasks. Maybe Matt and I will get rid of the ‘ol TV, and eventually perhaps we’ll “downgrade” to a smaller apartment. All of the insignificant craziness that occupies our mind competes for space with peace, and ultimately the stress impedes the path to happiness/enlightenment/whatever.

That’s not to say that I’m trying to be “enlightened”, but I’m certainly trying to eliminate as many low-level thoughts from my mind as possible (except for when I’m watching Keeping Up With the Kardashians, in which case I am deliberately populating my brain with utter filth and LOVING EVERY MINUTE OF IT, BABY). Ugh, it’s hard to be serious when you’re taking about esoteric things because there’s a very delicate balance between being curious about spiritual things and being totally full of shit (I’m looking at you, Gwenyth Paltrow). Anyways. 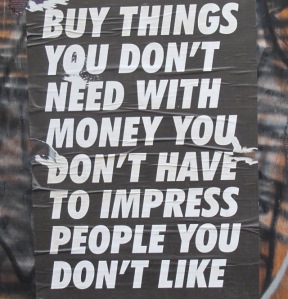 I feel like this is a much bigger concept than I’m really prepared (or equipped) to cover in a single, stream-of-consciousness blog post. Let me know if any part of it resonated with you and we can talk about it more. 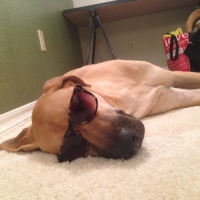 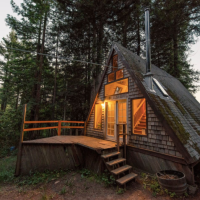